Meet Alexandria Ocasio, the youngest woman ever elected to Congress 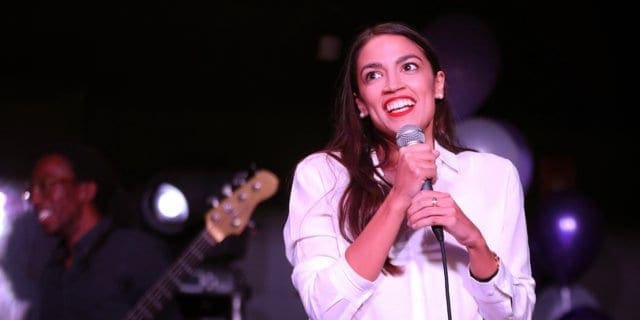 Alexandria Ocasio-Cortez made history in the 2018 midterm elections. Rick Loomis/Getty

29-year-old Alexandria Ocasio-Cortez made history on Tuesday by becoming the youngest woman ever to be elected to Congress.

She won 78% of the vote in the midterm elections on Tuesday, according to The New York Times. She will represent New York’s 14th congressional district.

Just a year ago, the political novice had been working as a bartender to help support her working-class family.