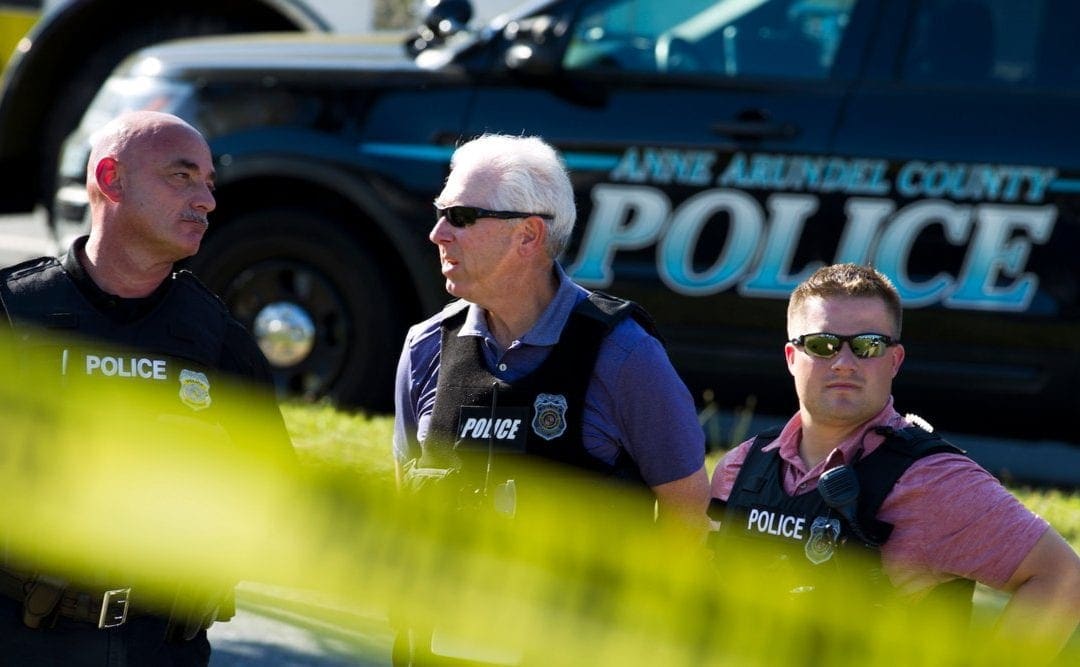 The suspect in a shooting at a Maryland newspaper that left five people dead had a history of harassing a woman, which is part of a troubling trend when it comes to mass shootings.

Jarrod Ramos, the alleged shooter, repeatedly harassed a woman he barely knew for roughly a year and was ultimately charged with criminal harassment in 2011.

The Capital Gazette wrote a story on Ramos’s case, detailing how he contacted a former high school classmate on Facebook and proceeded to berate her via social media and email for months. At one point, he even urged her to commit suicide, according to court documents.

“Have another drink and go hang yourself, you cowardly little lush. Don’t contact you again? I don’t give a (expletive). (Expletive) you,” Ramos said in an email to the woman, who was not identified in the court documents.

Ramos filed a defamation suit against the Capital Gazette in 2012 over the story, but it was dismissed.

There’s a troubling link between men with histories of abusing and harassing women and mass shootings.

Devin Patrick Kelley, who killed 26 people in a Texas church last year, had been discharged from the US Air Force after a domestic violence conviction for assaulting his wife.

Omar Mateen, the man responsible for one of the deadliest mass shootings in US history at Pulse nightclub in Florida, repeatedly beat his wife.

Mateen and Kelley are not unique in this regard. An analysis from Time of 46 public mass shootings that occurred between 2009 and late 2017 found 33% of the shooters had a documented history of violence against women.

Similarly, a study by Everytown for Gun Safety of every mass shooting (defined as four or more people killed in a single incident) from January 2009 to December 2016 found that 54% of them involved the killing of a family member, or a current or former intimate partner of the shooter.

This does not necessarily mean domestic abusers are more likely to committing mass shootings, as more research is needed on this subject. But it’s notable how often men with reported histories of committing violence against women are able to obtain firearms.

As Susan B. Sorenson, a professor at the University of Pennsylvania and director of the Ortner Center on Family Violence, told Time, “Right now we don’t have enough data to have a pattern.”

“The one thing that we know that [mass shooters] all have in common is that they have access to massive firepower,” Sorensen added. “That’s the single unifying force.”

Federal law bars anyone convicted of domestic violence or anyone under a domestic-violence restraining order from possessing a firearm. But this law has evidently not been properly enforced in a number of instances, and politicians from both sides of the aisle have pointed to flaws in the background check system in this regard.

Laws vary from state to state in terms of whether guns can be taken away from people convicted of domestic abuse or placed under a restraining order and a number of states have no such laws on the books. In short, convicted abusers are sometimes able to keep their firearms, even if they aren’t allowed to buy new ones.

Meanwhile, American women are 16 times more likely to be killed by a firearm than women in other developed nations, according to a 2016 study from the University of San Francisco’s Erin Grinshteyn and Harvard University’s David Hemenway.